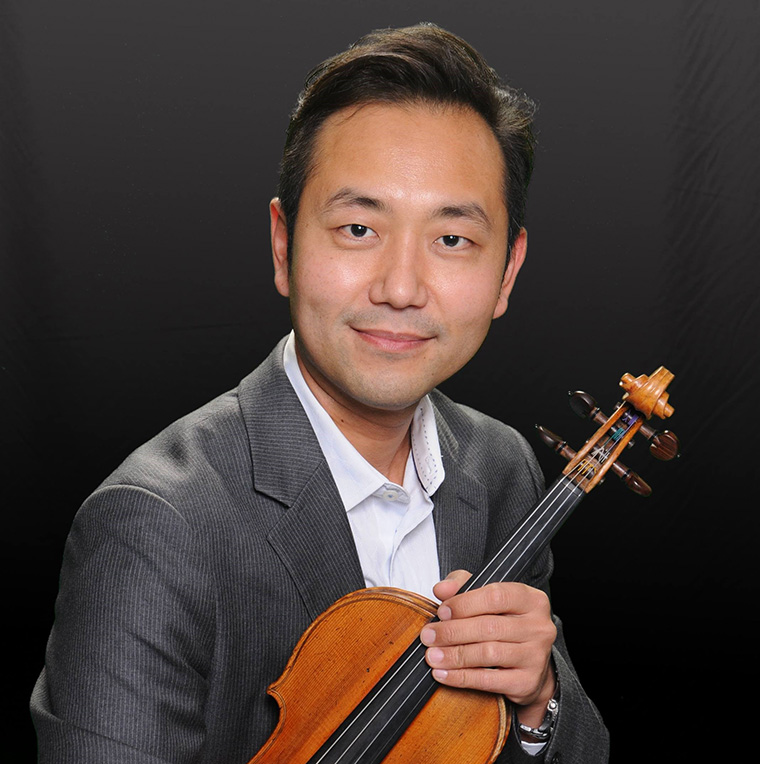 Violinist, Khullip Jeung is known and sought around the world as a versatile soloist, chamber musician, and violin pedagogist. Mr. Jeung started playing the violin at the age of 5 in South Korea and soon after immigrated to Hawaii. He had his solo debut with the Honolulu Symphony at the age of 9, playing the Khachaturian Concerto and soon after the Lalo Symphonie Espagnole to great acclaim. At the age of 15, Mr. Jeung moved to New York, after being accepted to the Juilliard Pre-College to study with Dorothy DeLay on scholarship. He received the Bachelor and Master of Music degrees at Juilliard studying with Sally Thomas with the C.V. Starr Scholarship, Teplitsky Memorial Scholarship, and the Irene Diamond Graduate Fellowship to name a few.

Mr. Jeung has been awarded the Grand Prize in the Korea Times Music Competition (LA), American String Teachers Association Competition (HI), and the youngest recipient of the Morning Music Scholarship and more. Television and radio broadcasts include, Saturday Night Live, The Saturday Morning Show, Saturday AM, Superkids, MBC Arts Theater and much more. He was also featured in the String and Bow music magazine of the October 2006 publication. His two, live-recorded, unedited inspirational CDs have had enormous popularity both here in the US and abroad and is currently working on the third album. Most recently, he also recorded the only instrumental numbers for the new upcoming Broadway, “Gatsby”. Mr. Jeung has been invited to judge many competitions such as the New York International Music Competition, Camerata Artists International Competition, and National Young Musicians Showcase Competition. In 2011, Mr. Jeung founded the International Virtuoso Competition with his vision to create a fair and just competition that would also expose fine young talent.

Mr. Jeung is on the faculty of The Juilliard School Pre-College, Mannes College of Music, and Borough of Manhattan Community College (CUNY). He was also a visiting artist professor at UMass Amherst for the spring 2019 term. From 2005 to 2014, he has been the music director of the highly acclaimed Good Neighbor Ensemble based in New Jersey and is now the music director of the Love Violin USA, a voluntary, non-profit organization dedicated to making a positive difference in the lives of underprivileged children around the world (www.loveviolinusa.org). Mr. Jeung is also the concertmaster of the Classical Notes Philharmonic based in NY that performs regularly in the NY/NJ areas and the United Nations. He is a founding member of the BeneSori Quartet which extensively performs in the NY metropolitan area and the President of the BeneSori Music Foundation which he created in 2013. During the summers, he has taught at the Maui Summer Music Festival and the Waterville Valley Chamber Music Festival, Narnia Summer Music Festival in Italy, and the Pacific Music Institute’s Summer Music Program in Hawaii. In 2013, founded the 4Strings Music Festival in New York in which he is also its director.

Performed and taught throughout the US, Europe, and Asia as soloist, chamber musician, and sought after violin pedagogist.

With the four D’s, I believe the impossible can be possible and anything can be achieved. My philosophy is that of a triangle; the relationship between the student, parent, and teacher. It must be understood that these three corners of the triangles must work in harmony to bring the best out of the student. I believe that every student has a chance to blossom regardless of their background. It is how we can bring out the hidden talent or nurture the existing talent in each individual.

I like to assess each student at the first meeting because I believe each student is unique and needs a “custom fit” regimen to aid their progress and goals. Everyone’s needs and goals are different and it takes a sharp eye to determine what the best path for the individual is. This all leads to the ultimate word of, patience. Through patience of the student until they understand the materials, through patience from the parent as to the development of their child, and from the patience from the teacher of the student’s natural pace will result in unparallelled success.

I also try to be a mentor in many aspects of a student’s life. Music is just one connection we have but everything is all related and will affect each other. In a supportive, but yet firm style of teaching, I believe I can unlock the talent and instill the proper discipline needed to sprout the budding, growing leaves of tomorrow’s future talents.

It is my pleasure to present annual concert series

It is my pleasure to present annual concert series that I have started since 2004. Each year, each concert proves more successful through great effort from the teacher, student, and parent relationship. It is because of this special relationship that I am able to achieve goals whatever that may be. To some, it is to get into a pre-college program, or to a regional/state orchestra, or competitions, or simply to just get better. I am proud of all the students and feel they are winners in every aspect as long as they try their best and not give up. It takes more than just practicing and lessons. It requires first, motivation then dedication, then finally persistence and patience.

The International Virtuoso Competition is open to advanced students of all ages up to 22 years old. We are accepting applications for the following instruments: piano, strings, winds, and chamber groups. The auditions are held annually in Englewood, New Jersey.

Mr. Jeung is on the faculty of The Juilliard School Pre-College and Mannes College of Music. Since 2005, he has also been the music director of the highly acclaimed Good Neighbor Ensemble based in New Jersey. He is also a founding member of the BeneSori Quartet which extensively performs in the NY metropolitan area and the President of the BeneSori Music Foundation which he created in 2013.

Bach Violin Concerto in A minor 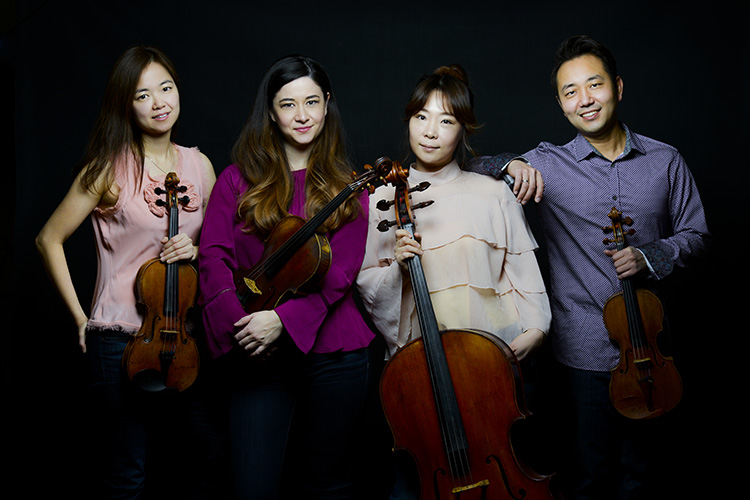 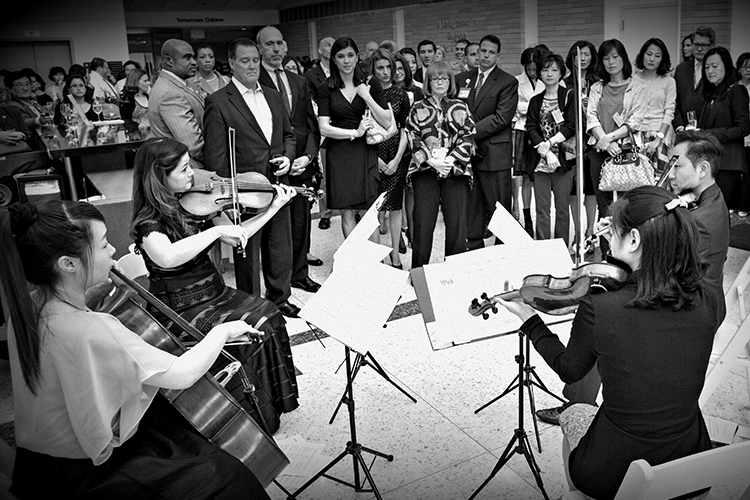 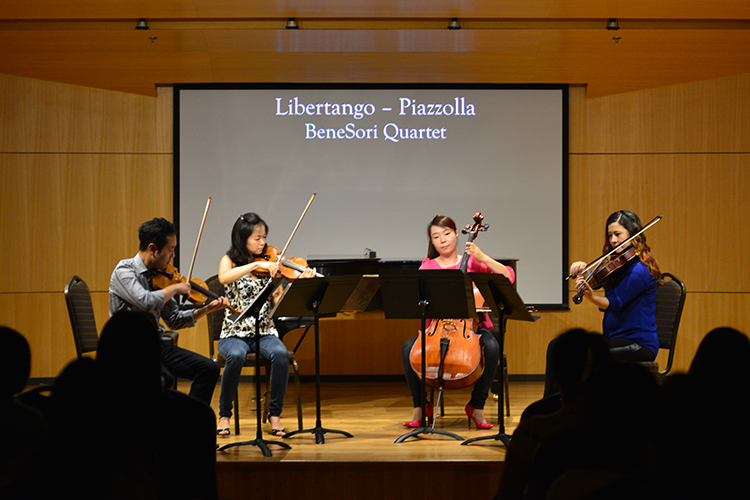 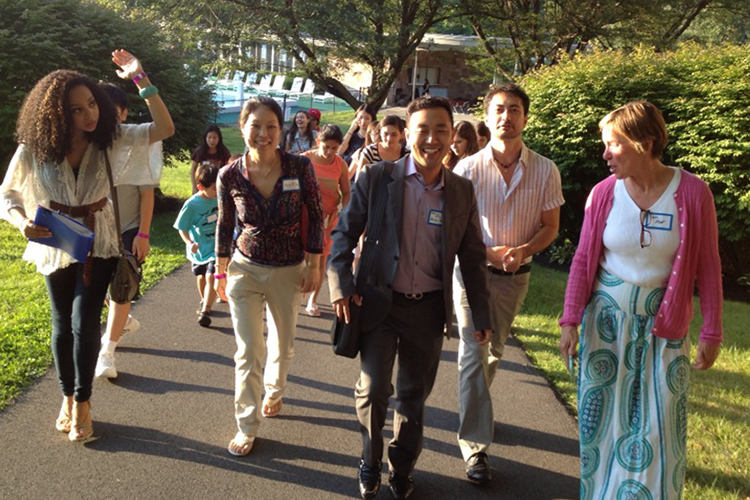 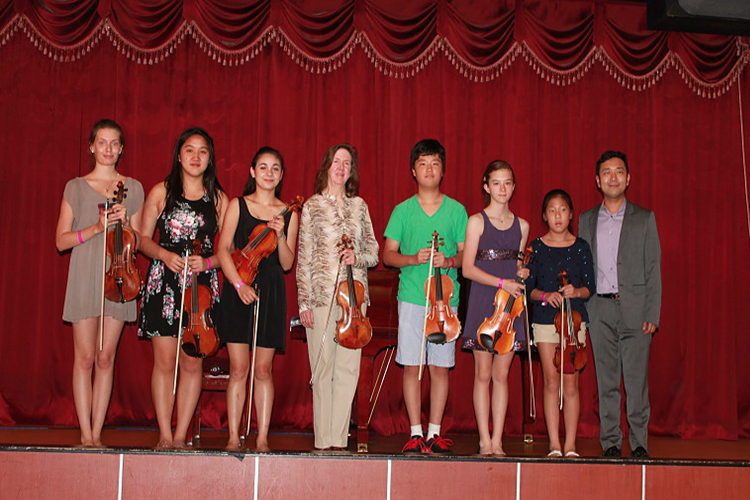 I appreciate you taking the time to contact me. I recognize that privacy is important to you.
I take the serious steps to safeguard personal information I collect and receive. I hope you make an informed decision about sharing personal information with me. All information submitted here, including name and email address, will be world-readable. Do not submit any information which you want to keep private. Thank you.